Have a question? Text us! 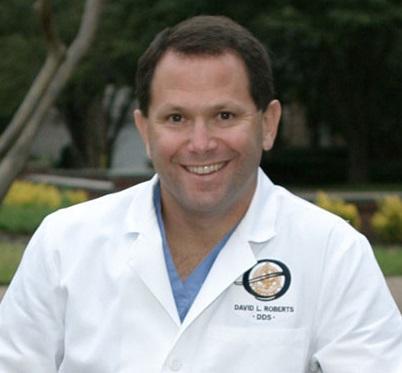 Dr. Roberts received his Doctor of Dental Surgery (D.D.S.) degree from the University of Illinois Dental School. He then spent two years in a dental residency at the University of Texas Health Science Center in San Antonio. During this residency, he received training in dental and implant surgery, as well as sedation procedures. Dr. Roberts has been practicing dentistry in Dallas since 1987. He was awarded the Young Dentist of the Year in 1990 for Dallas County. He is a Fellow of the American Association of Hospital Dentistry (F.A.A.H.D.). Dr. Roberts served on the Dallas County Dental Society Board of Directors from 1992-1996 and served as President of the NTDS in 2005-2006. He is currently serving as an adjunct assistant professor at the University of Texas Health Science Center at San Antonio and lectures in the area of general dental surgery, as well as in the area of prevention of and preparation for medical emergencies in the dental office.